What Makes a Gift Romantic?

like many things in life, romance can be hard to define - but we know it when we see it! When it comes to finding that perfect romantic gift, there’s some work to do.  But we’re here to help. Read on…

Here’s how to think romantic in the 21st century:

1. Romance is indulgence: it’s not part of the daily grind. So a romantic gift or gesture should lift the recipient out of the everyday and make them feel special. Not practical or sensible – think icing not cake!

2. Romance is personal. It’s all about the individual – your paramour. So put in some time and thought to pick out the item or activity perfectly in tune with their desires. Nothing is sexier than knowing that making them happy has been the sole goal in the choice of a gift. Be creative! Be visionary! (And check with her Bestie first?)

3. Romance is a fairy tale! Don’t worry, we’re not talking about dressing up as Little Red Riding Hood. But everyone loves stories. So find a present with provenance and depth; some form of tale attached that grabs the interest of your loved one. Remember you’re also creating your own personal fairy story together.

Weave these three principles together when you are looking to surprise your love, and you won’t go far wrong.

WHAT IS THE PERFECT ROMANTIC GIFT FOR HER?

Essentially a perfect romantic gift for her  is one that touches her heart – either by its thoughtfulness, creativity, or generosity. Remember our sentimental principles: make it a special treat, make it personal and create a story. What you give doesn’t have to cost a King’s ransom if the arrow hits the bullseye! Giving time, effort, thought (and yourself) are totally free. A romantic walk could simply start with a bus fare to somewhere lovely and an ice cream.

But if you do want to show your love... here are a few amazing gift ideas.

What are Romantic Symbols?

Here, most people are on solid ground. There are the ‘usual suspects’ when it comes to packaged romance: fine chocolates, champagne, and red roses. Oysters, perhaps. But remember our romantic rules – we’re looking for a personal connection and a special storyline. Doing what everyone else thinks of as ‘romance’ won’t cut it. (This probably makes Valentine’s Day the least romantic 24 hours in the calendar, as the whole world is delivering the same goods!)

But there are some enduring symbols that are still worth your attention.

Hearts Are Symbols of Love

Ubiquitous... but nothing says ‘I love you’ more simply than I♥U. The heart with its perfect symmetrical shape and sensuous curves has become synonymous with love.

In Ancient Greece, the blood-pumping organ was merely dissected and studied, the shape only vaguely resembling the emoji outline we know today.

But over time the idea that passion was linked with the physical heart grew. 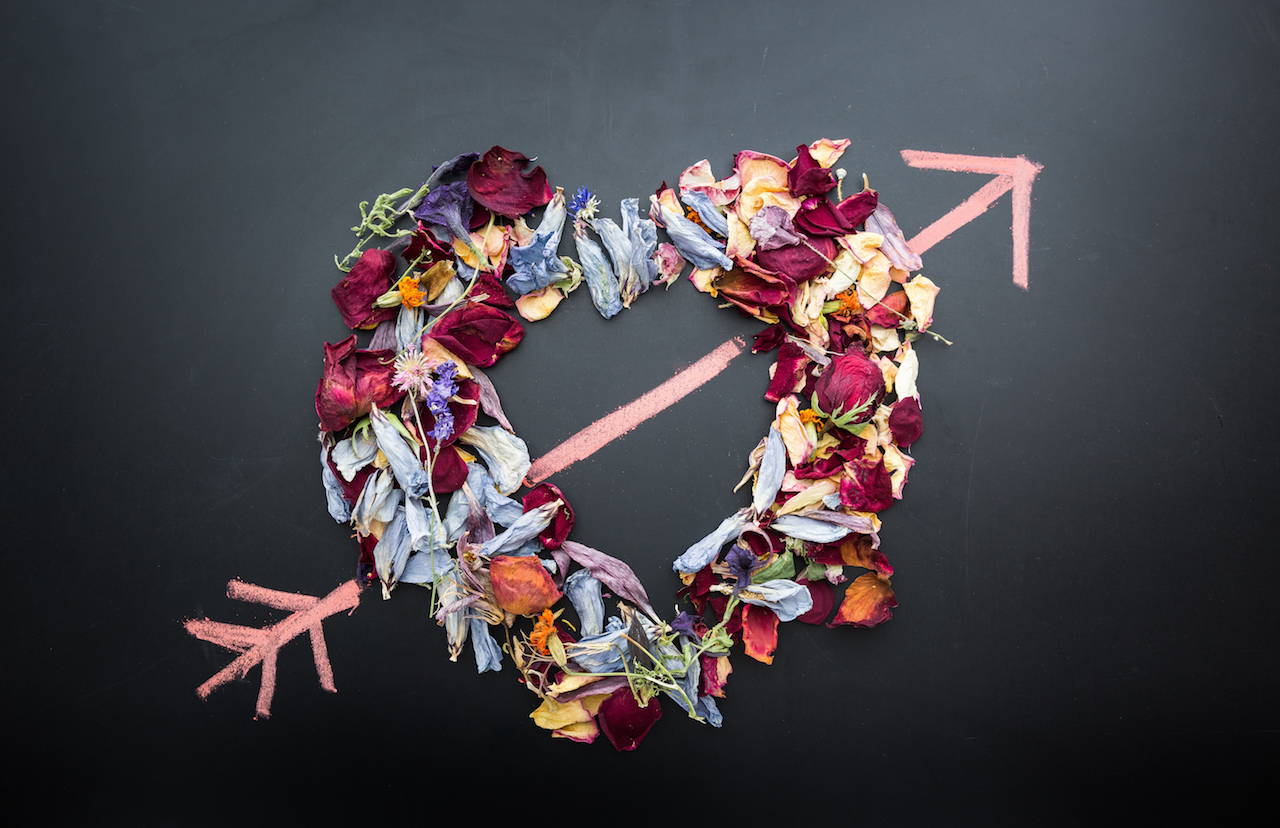 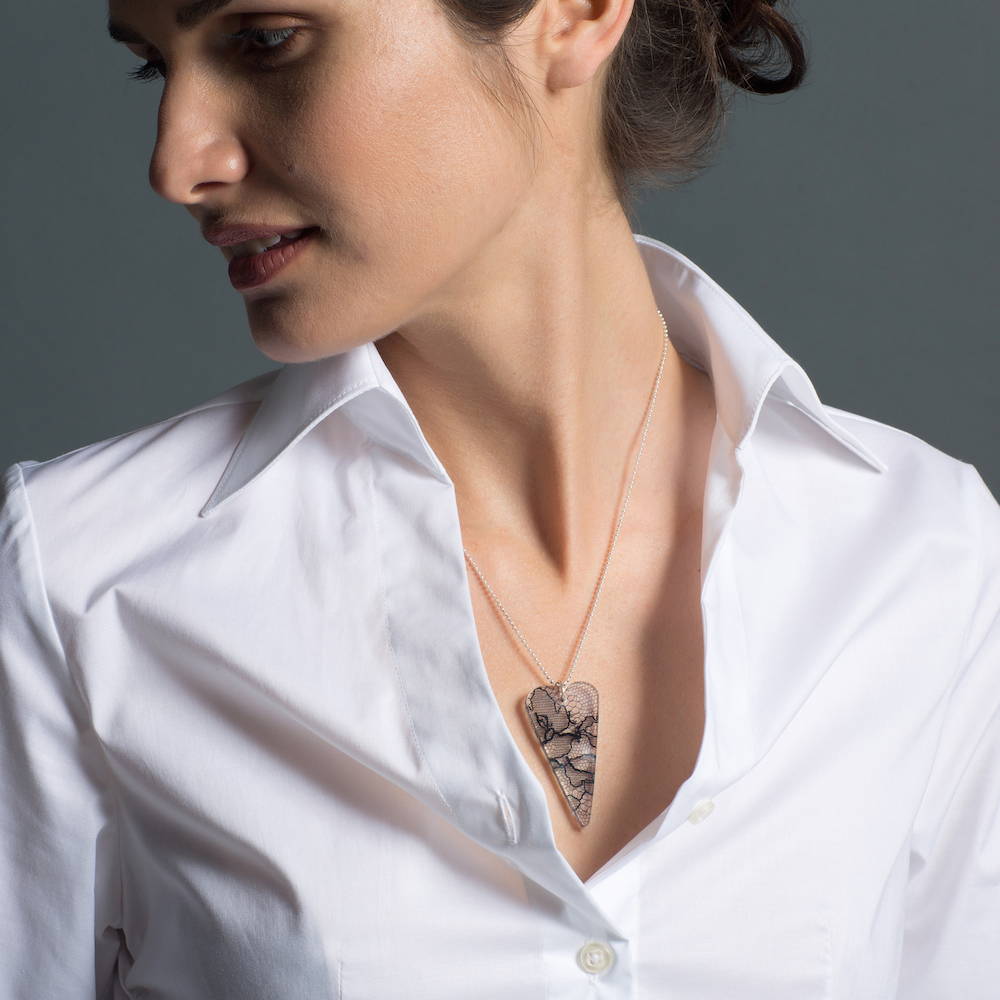 HEART GIFTS FOR HER

Hearts don’t have to be the usual, um, heart shape either. Lily Gardner’s Wild Heart collection features longer, sharper shapes that resemble not only a heart but also the point of Cupid’s arrow.

It's more minimal, contemporary but still feminine. (How could it not be when it includes lace?) If you prefer traditional heart shapes, we have those too.

LACE IS A SYMBOL OF LOVE

Surely lace is the material most redolent of romance?

Intricate patterns and extreme craftsmanship combine with sensual glimpses of bare flesh and, of course, its use in the most intimate apparel!

Lace is sexy – fact. Just be a little careful when buying it as a gift for the woman in your life: what you like in lingerie may not always be what she finds most sensual.

Lace is associated with glamour, celebrity, luxury, and femininity so it delivers a lot of bonuses as a romantic gift. 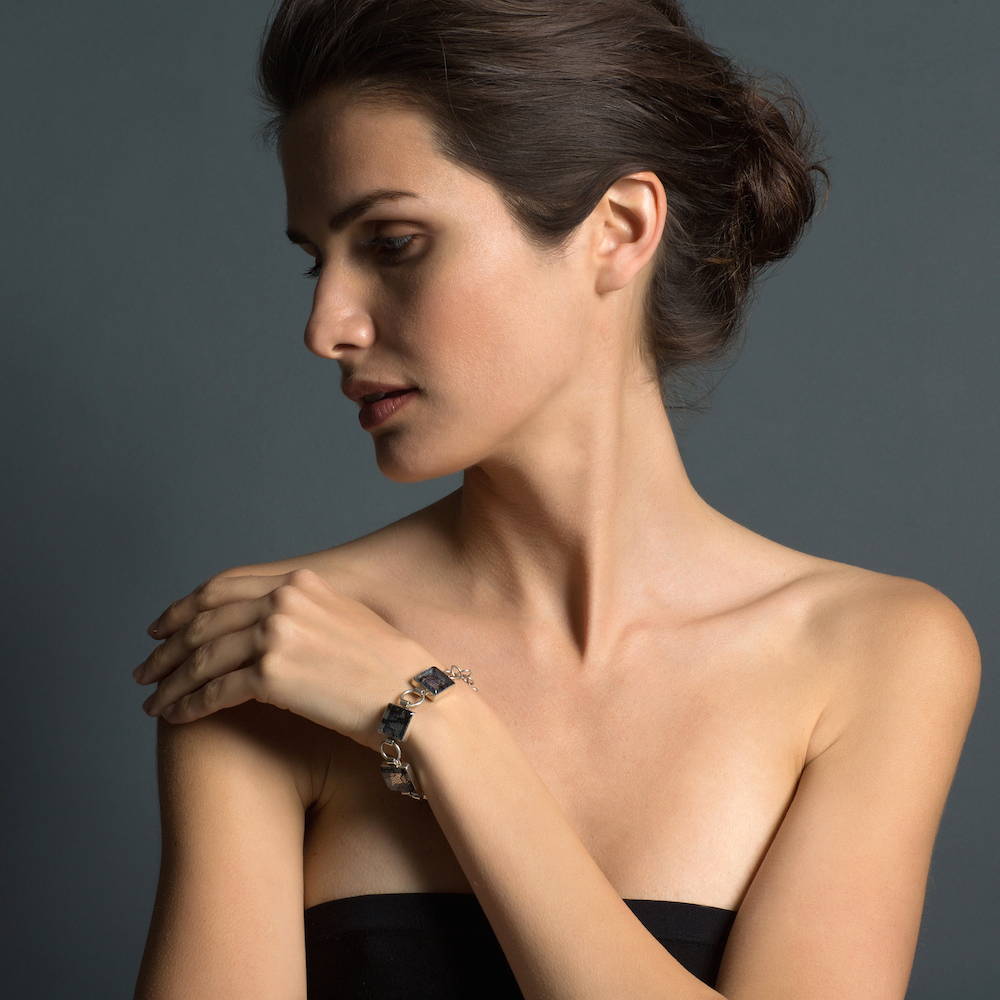 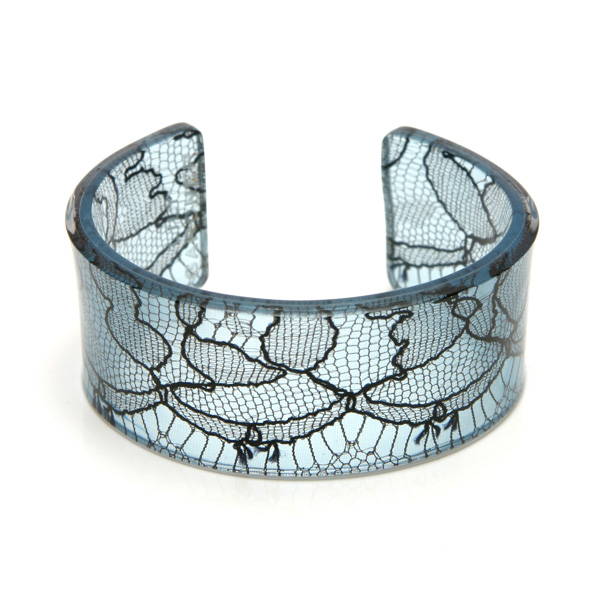 It’s easy to come up with ‘straight’ lace gift ideas for women (lingerie, elaborate evening wear, bedding); less easy for men. But why be straitlaced about it?!

Hard to make – unique in the world. And, for a totally luxurious item, many of these lace pieces come encased in hallmarked silver.

ROSES ARE A SYMBOL OF LOVE

OK, we said these could be a bit obvious. But freshly cut flowers are always a lovely gift - albeit temporary as they will perish. So best not delay your courting too much if you want a long-term relationship!

But take care over the colour: red denotes passion; a white rose indicates divine love; a pink one shows romantic feelings; however a yellow rose is only for friendship. 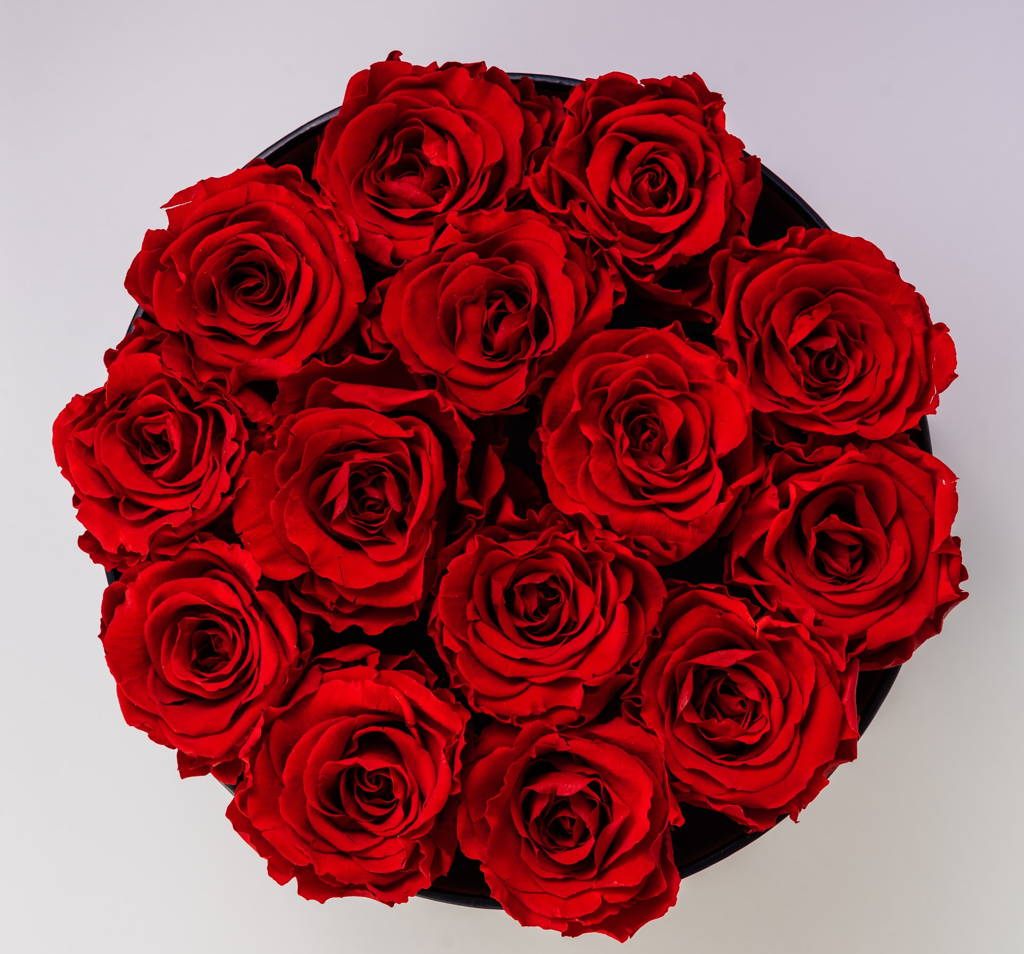 SHELLS ARE A SYMBOL OF LOVE

Remember Botticelli’s Venus, born of sea foam and floating into shore on a giant scallop shell? Shells were early symbols of love. They also signified rejuvenation in ancient Roman culture, while the Hindus are said to have used the conch shell to call out for love. And, of course, oysters are renowned for their aphrodisiac qualities.  Learn more about one of the art world's most famous shell scenes. We love this!

APPLES ARE SYMBOLS OF LOVE

Maybe you don’t think of a Granny Smith as being particularly romantic? Well, the humble apple appears as an ancient symbol of love in numerous legends and stories.

Adam and Eve ate the forbidden apple and found it to be the fruit of knowledge (and much more!). Venus, the Roman goddess of love and desire, is often shown holding an apple. And Chinese culture reveres apple blossom as a portent of love. 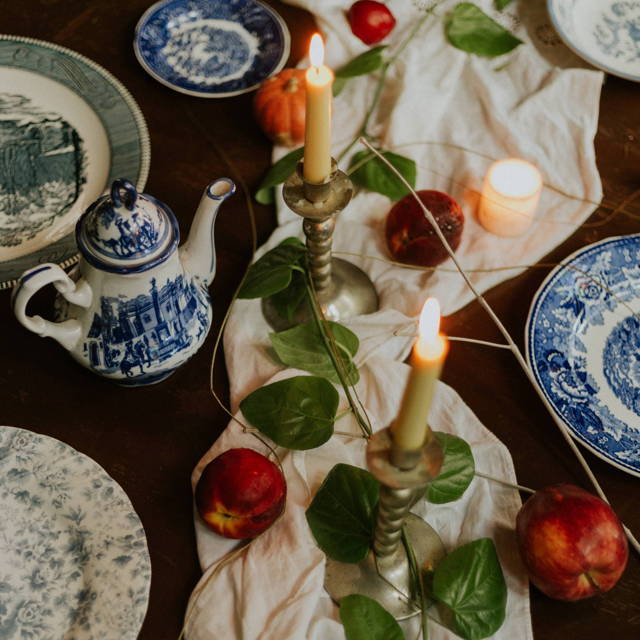 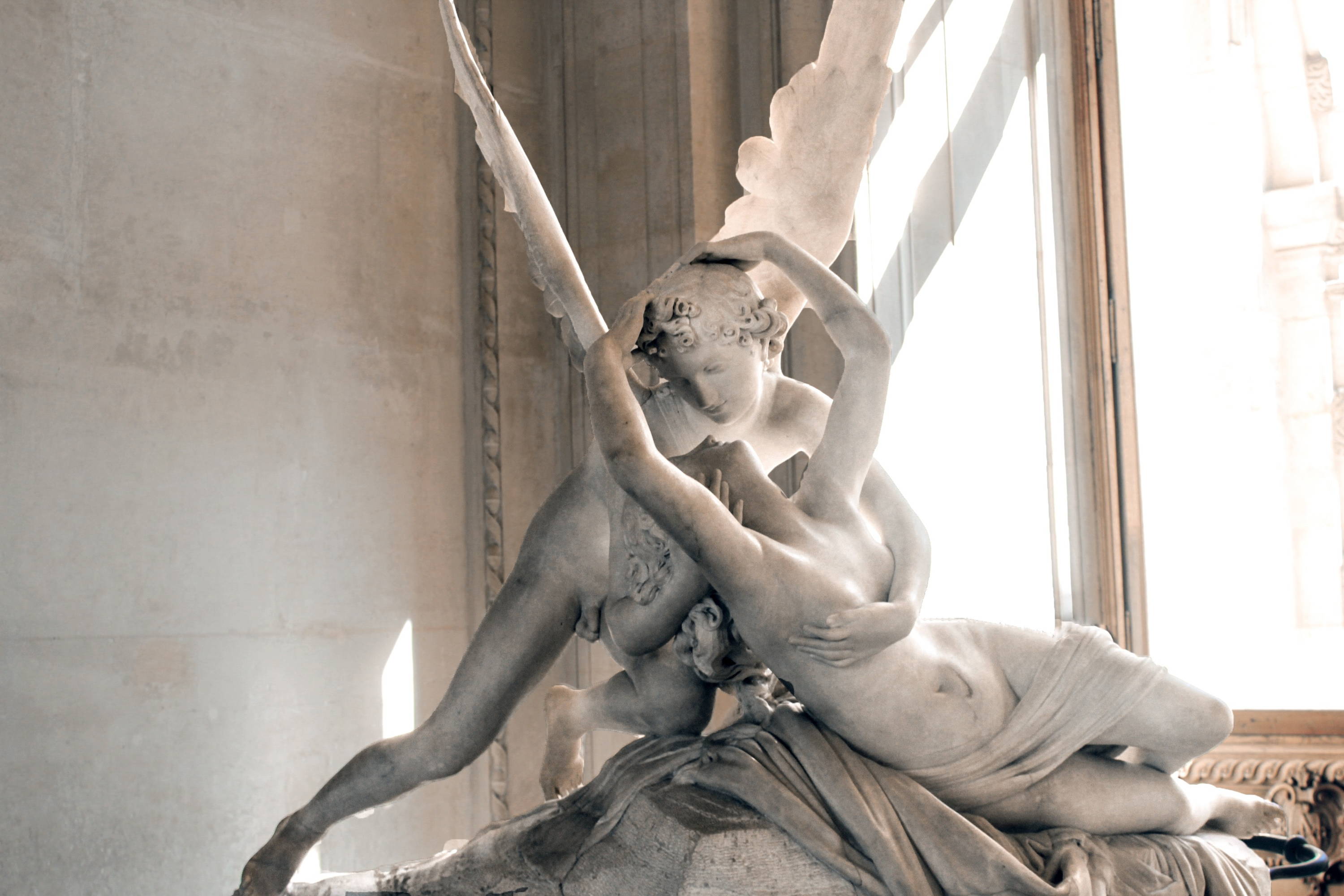 CUPID - A SYMBOL OF LOVE

Less a symbol of sentimental situations, and more the instigator of the whole shebang! Cupid (or Eros for the Greeks) is the little boy with wings and a bow who shoots a golden arrow through an individual’s heart, so they fall in love with the first person they set eyes on. And to turn the process into a kind of romantic Russian roulette, Cupid is often depicted wearing a blindfold! Who knows where those arrows will land?

Find out what she’s really into. Do some research; maybe ask her friends (discreetly). Then find the right course, exhibition, location, demonstration, masterclass, short break, accessory, or experience that really shows you ‘get’ her.

The best part is that these activities can and should be done together, making it your own story. Simples!

The brownie points come from the time you put in to gain a deeper understanding of her.

ROMANTIC GIFTS FOR SOMEone SPORTY

Think outdoors and think surfing? Be inspired. There are so many aquatic activities to try.

Here's what we found for surfing for instance.

Google will help you too if you live somewhere else in the UK or anywhere in the world! 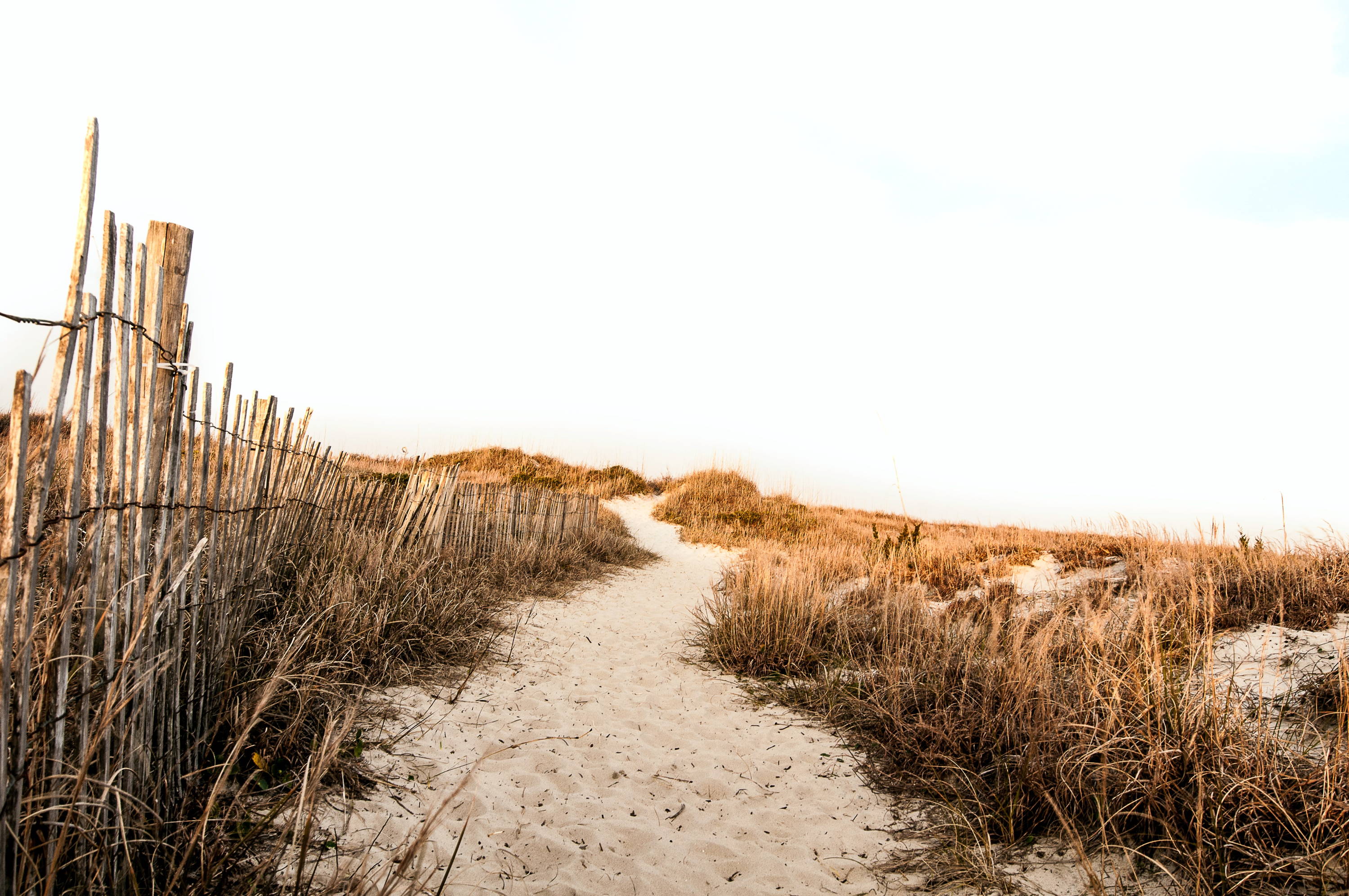 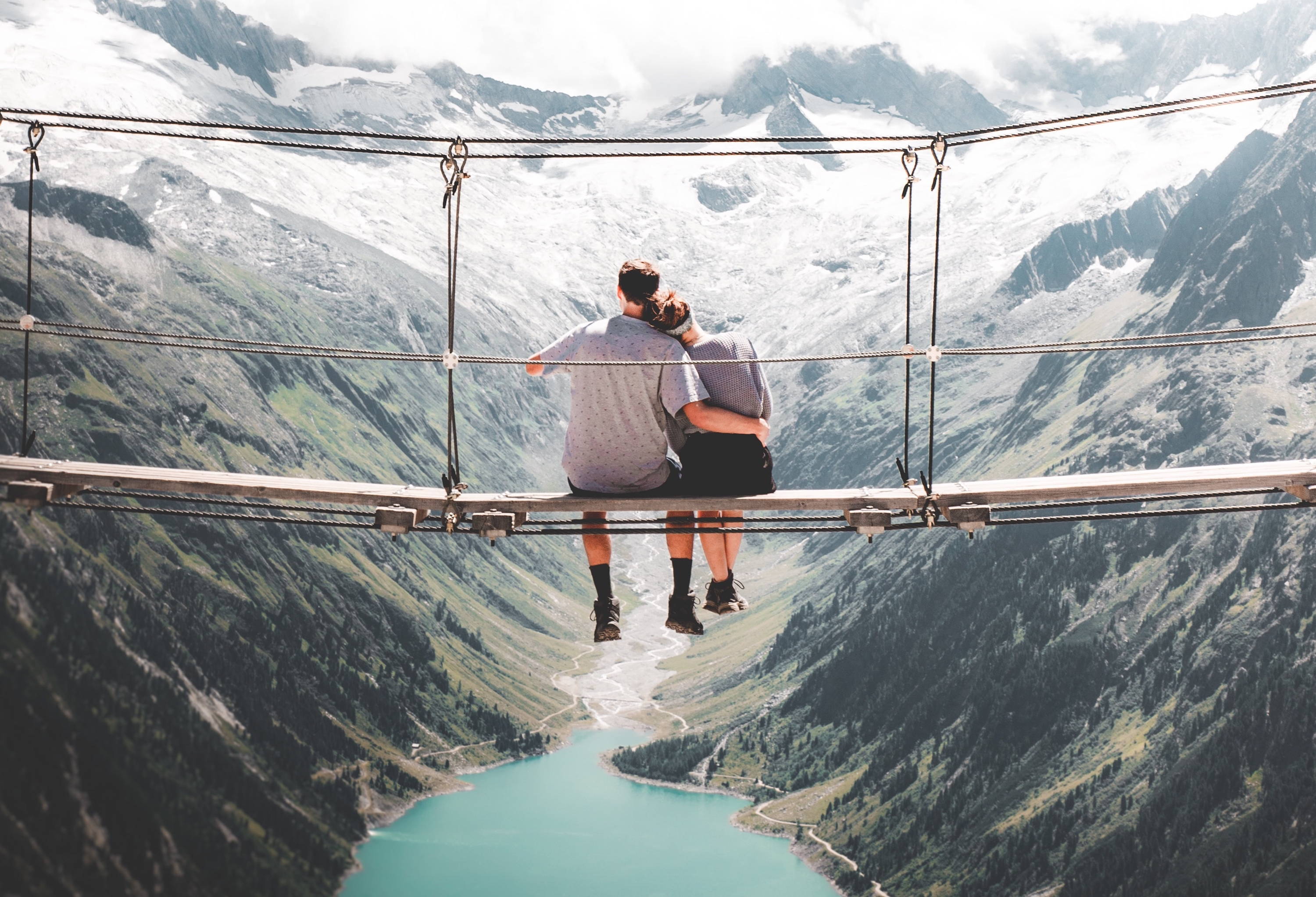 ROMANTIC GIFTS FOR SOMEONE OUTDOORS-Y

The world is your oyster on this one. Here are a couple of ideas for great walks - which you could interrupt with a picnic or overnight stay somewhere cosy or pampering. Further afield have a look at the Conde Nast Traveller website for a world of inspiration.

ROMANTIC GIFTS FOR SOMEONE CREATIVE

Like hands on? You could do a pottery course together! Try here for a host of creative courses depending on your lover's interest.

You'll easily find something that interests you both, ensuring a great time and a long lasting memory. 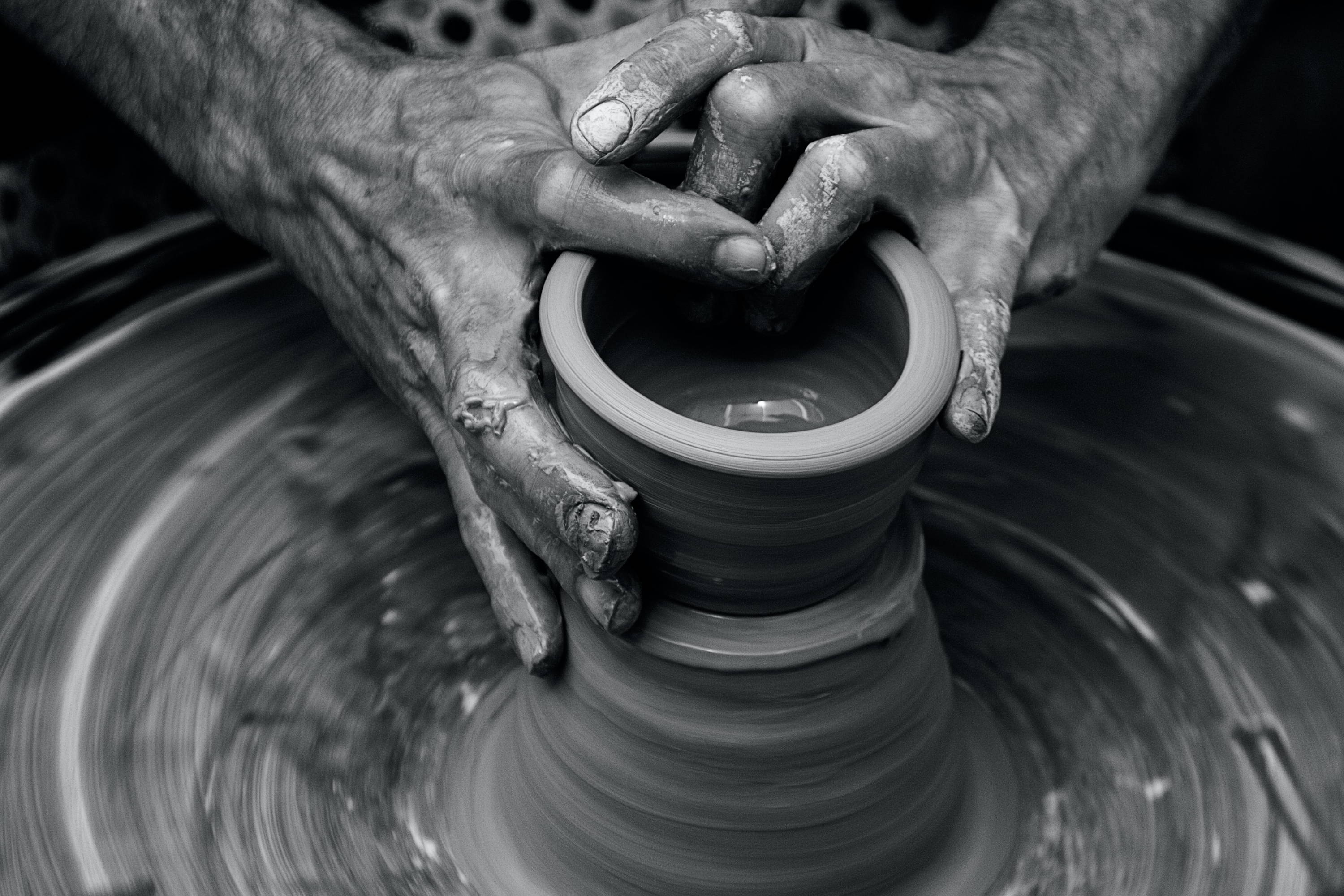 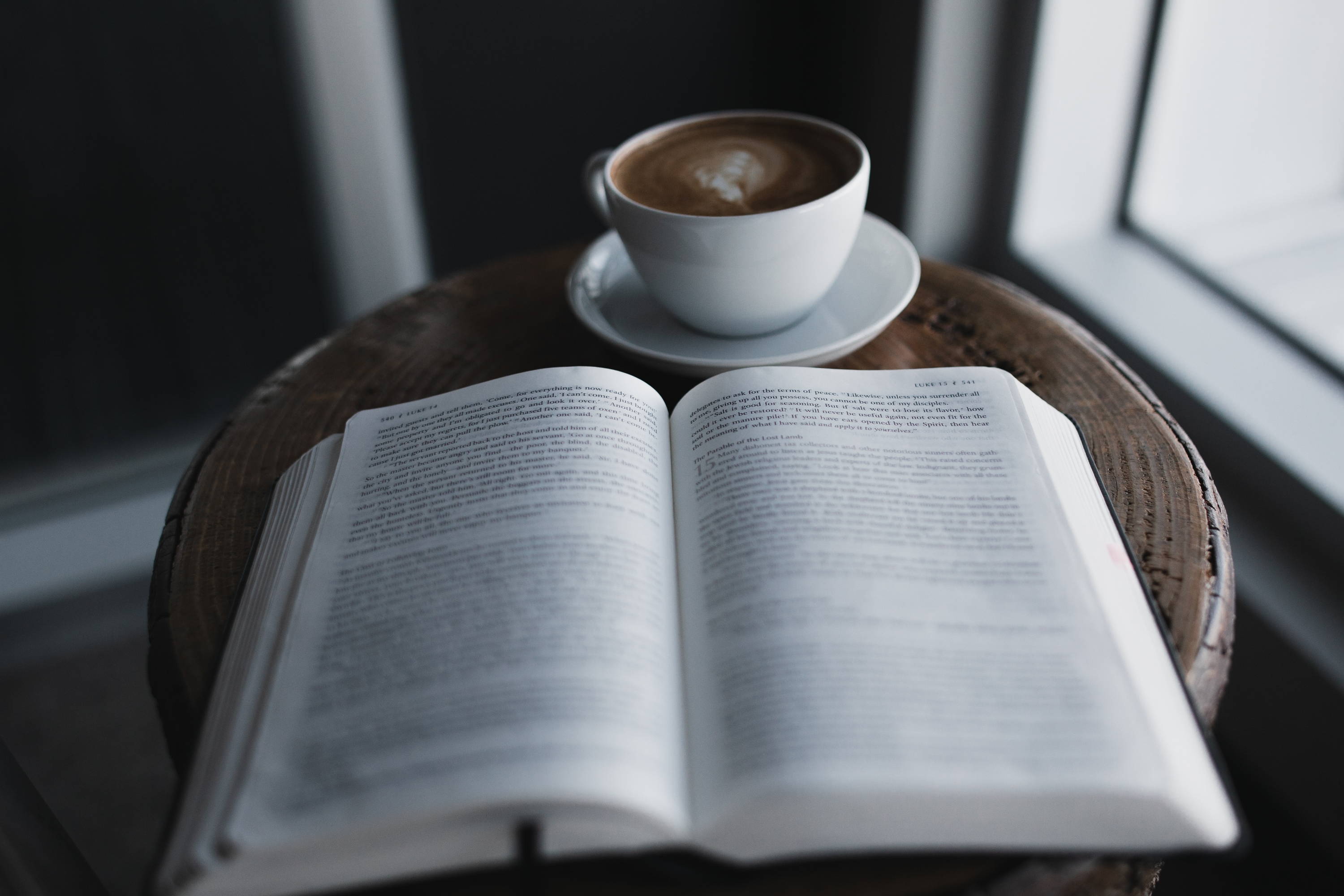 ROMANTIC GIFTS FOR A BOOKLOVER

Giving to a book lover? An early edition of their fave author will hit the spot.

Or what about readings? A book or literature festival is an on-theme curveball: the Hay Festival for instance? Super fun and could be combined with a weekend away?

ROMANTIC GIFTS FOR A FOODIE

The way to a man's heart has traditionally been via his stomach. But we know a lot of girls partial to a epicurean treat! How much more sensual when you've created the feast yourselves. So many stimulating menus out there to try... Check this out for cutting edge veggie:Olive magazine's Guide to Cookery Courses 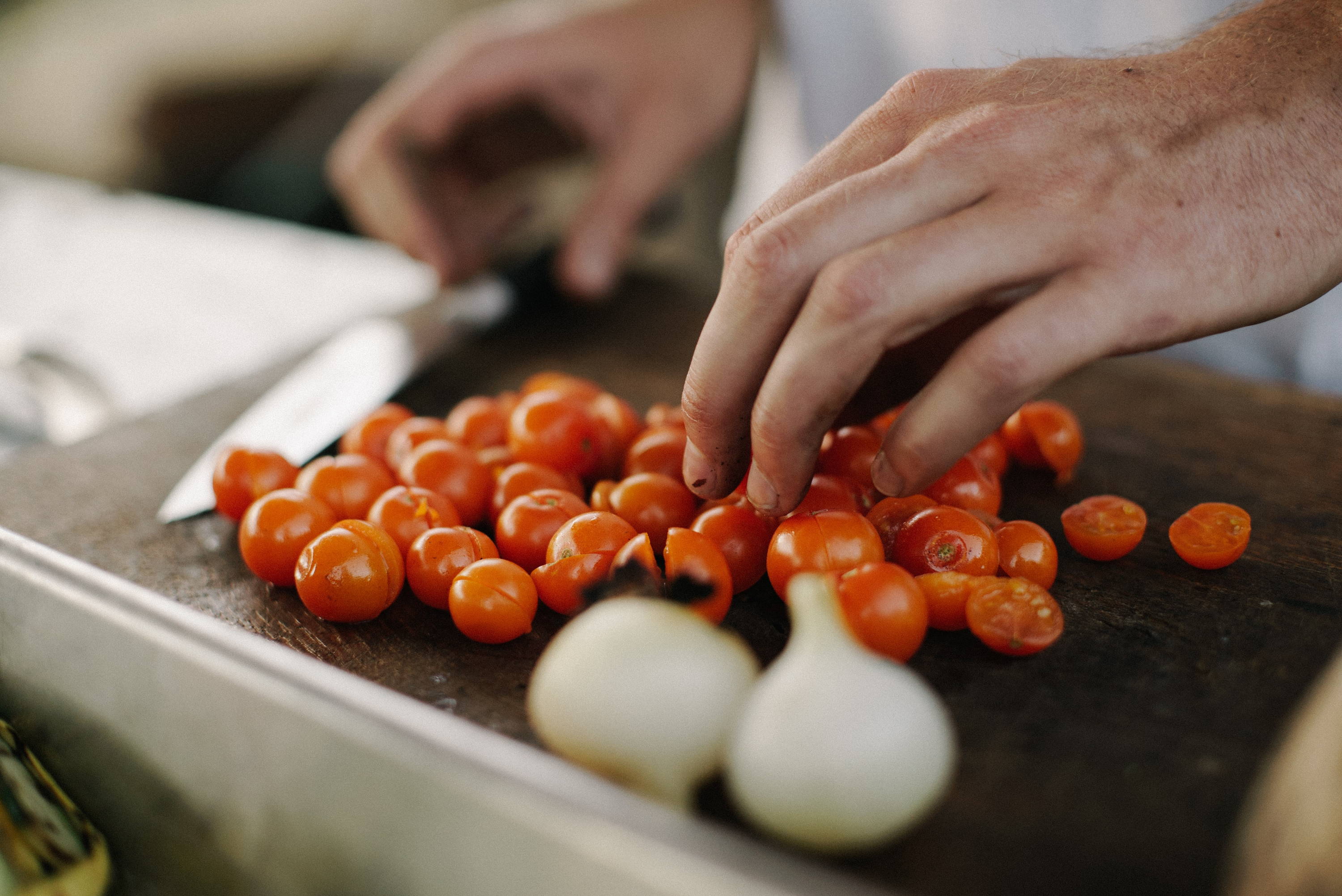 THE MOST ROMANTIC GIFT - TIME

the gift of your time is always a winner. It might be making a nice meal, taking a day off work to help out with a project (or just the kids!), a surprise party (on Zoom for now), or even grabbing that much-hyped box set for some quality time together, with Just Eat on speed-dial. In a busy always-on world, chill out and enjoy time together.

when did romance start?